How We Got Started

The first newsletter was copied at one of the first photocopiers on the island. Mr. Joseph Nixon was manager of Bermuda Businessman's Bureau and made this photocopier available to the Association. Newsletters had to be inked by hand, loaded onto the copier and then hand turned.

The first meeting was at St. Pauls Christian Education Centre. The first speaker was Dr Thomas Flood from the Joslin Diabetes Centre in Boston. Dr Flood had been in Bermuda in 1976 when Mr Joseph Nixon and Mr. Howard Mitchell tried to establish an association for diabetes.

The second public meeting was also held at St Pauls Christian Education Centre and the speaker was Dr Robert Ehrlich, chief of endocrinology, Toronto Sick Children's Hospital. Dr Ehrlich had been in charge of a diabetes camp in Toronto which Debbie had worked at during her time in Toronto. Dr Ehrlich made Bermuda a "friend" of the Canadian Diabetes Association who provided Bermuda with literature and start up materials for the association. 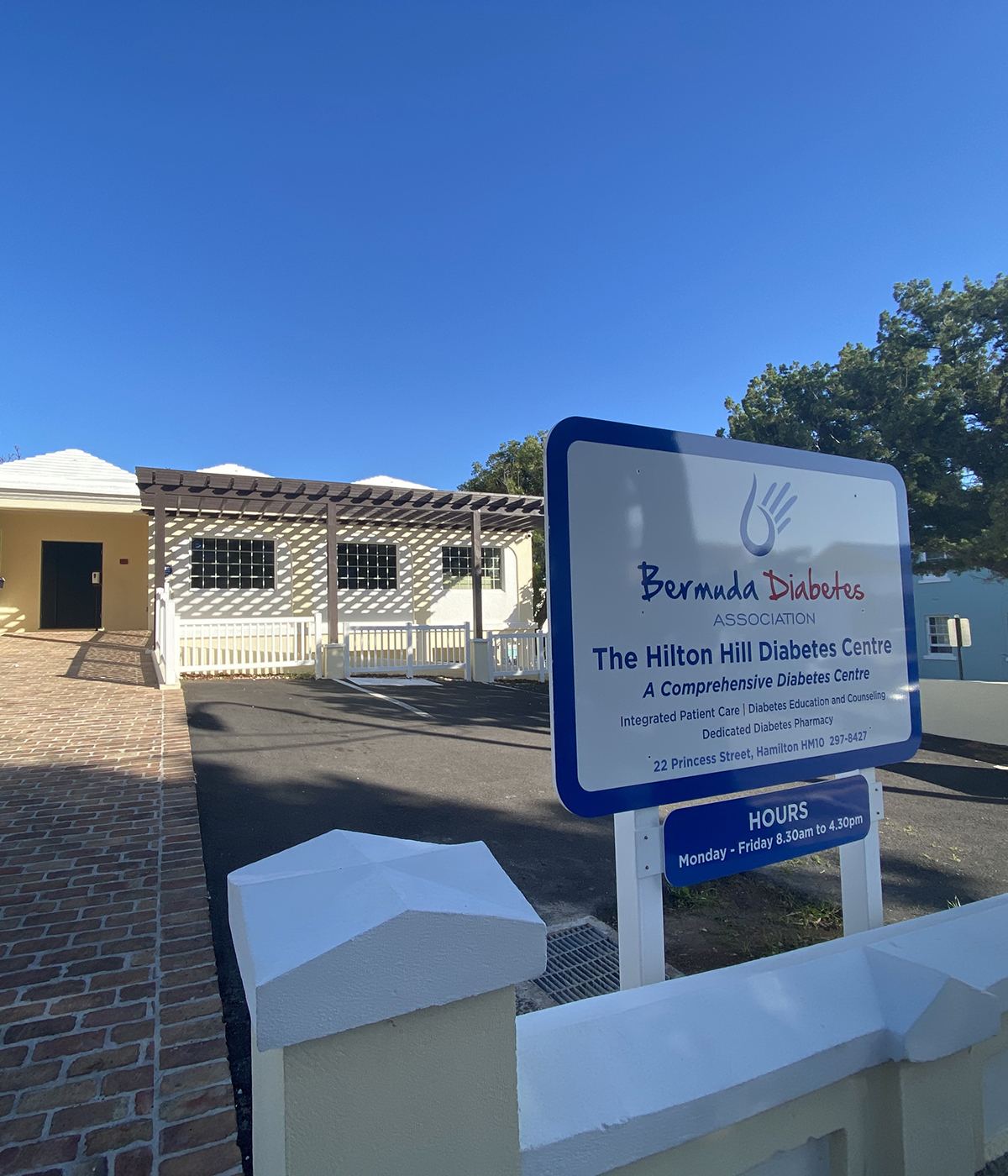 1983-4 Lobbied for meters to be introduced into hospital for bedside monitoring.

1989-90 Fund-raised for expert to come to Bermuda, assess the education programme and assist in lobbying Government to open a diabetes centre at the hospital. Successful in opening centre (Helped by a grant of $100,000 to the hospital by the association for this purpose).

1990 Diabetes Day at Number One Shed.

1991 Workshop for physicians and nurses on clinical practice guidelines and workshop for health professionals on intensive insulin management.

1991 Lobbied successfully for Novo insulin to replace Lilly. This meant that insulin and educational updates would be provided by Canada and representatives would come to the island with updates, materials etc. Most importantly it meant that the Association could order its insulin direct and have the added advantage of pen devices for free.

1993 Worked with Novo to update physicians on human insulin and analogues. Animal insulin would no longer be available.

1993 George Smith represented Bermuda in Puerto Rico for the signing of the Declaration of Americas, a document which provided information and evidence for Ministries of Health in the region that diabetes was serious and it needed to be taken seriously.

1995 The Bermuda Diabetes Association hosted a high profile meeting of members of the community to address the complications of diabetes as well as to launch the epidemiology project. This was done at Government House.

1996 The Epidemiology Project was completed in 1996 and the results released six months later. At the time the diagnoses was based on fasting blood glucose of 140mg/dl. 11% of Bermuda's population had diabetes. Together with those with impaired glucose tolerance the prevalence rate was 18%.

1996 Denim for Diabetes Day was introduced to raise awareness as well as funds.

1997-2000- the Bermuda Diabetes Association partnered with the MOH to implement the Healthy Schools initiative. Schools as a whole, teachers and students were asked to come up with programmes that would address the health issue. They would either collectively or individually submit projects that would address healthy behaviours. Projects would be judged for creativity as well as their focus on health behaviours. The projects would be judged at the end of the school year and prizes given accordingly. This programme was for three years and set the stage for the Healthy Schools Curriculum.

2003 Debbie became chair of IDF North American region and was a member of the IDF of Management.

2006 Debbie became an IDF Vice President and reelected for second term in 2009.

The Bermuda Diabetes Association played an active role in the activities of the North American region.

2006 -2009 Debbie organized and implemented diabetes educator programmes in the Caribbean as well as India.

2004 The Bermuda Diabetes Association held its 25th anniversary celebrations with a gala event at the Hamilton Princess. Janelle Colquin international opera singer with diabetes was the guest performer.

2005 Professor Martin Silink the President-elect of the International Diabetes Federation came to Bermuda and was the speaker at a high level lunch at the Hamilton Princess. He addressed the growing epidemic of diabetes and the upcoming resolution on diabetes.

2005 Opening of pharmacy at Diabetes Association.

2005 Bermuda Diabetes Association held first Obesity symposium. This symposium was held over three days and speakers from UK, USA and Canada. Following the symposium regular updates were held between the Association, the hospital, Ministry of Health and Ministry of Education on obesity prevention and how to introduce more physical activity into the curriculum

2010-2012 The Association held physician/health professional updates with speakers from the US, Europe and UK addressing topics such as foot care, insulin administration to prevention of diabetes.

2013 Dr Robert Lustig came to present to the public and physicians on the obesity epidemic and implications of sugar.

2015 Summit on diabetes. White paper on water only policy in schools and increased physical activity.

2017 Capital Campaign to fundraise for renovation of 22 Princess Street. 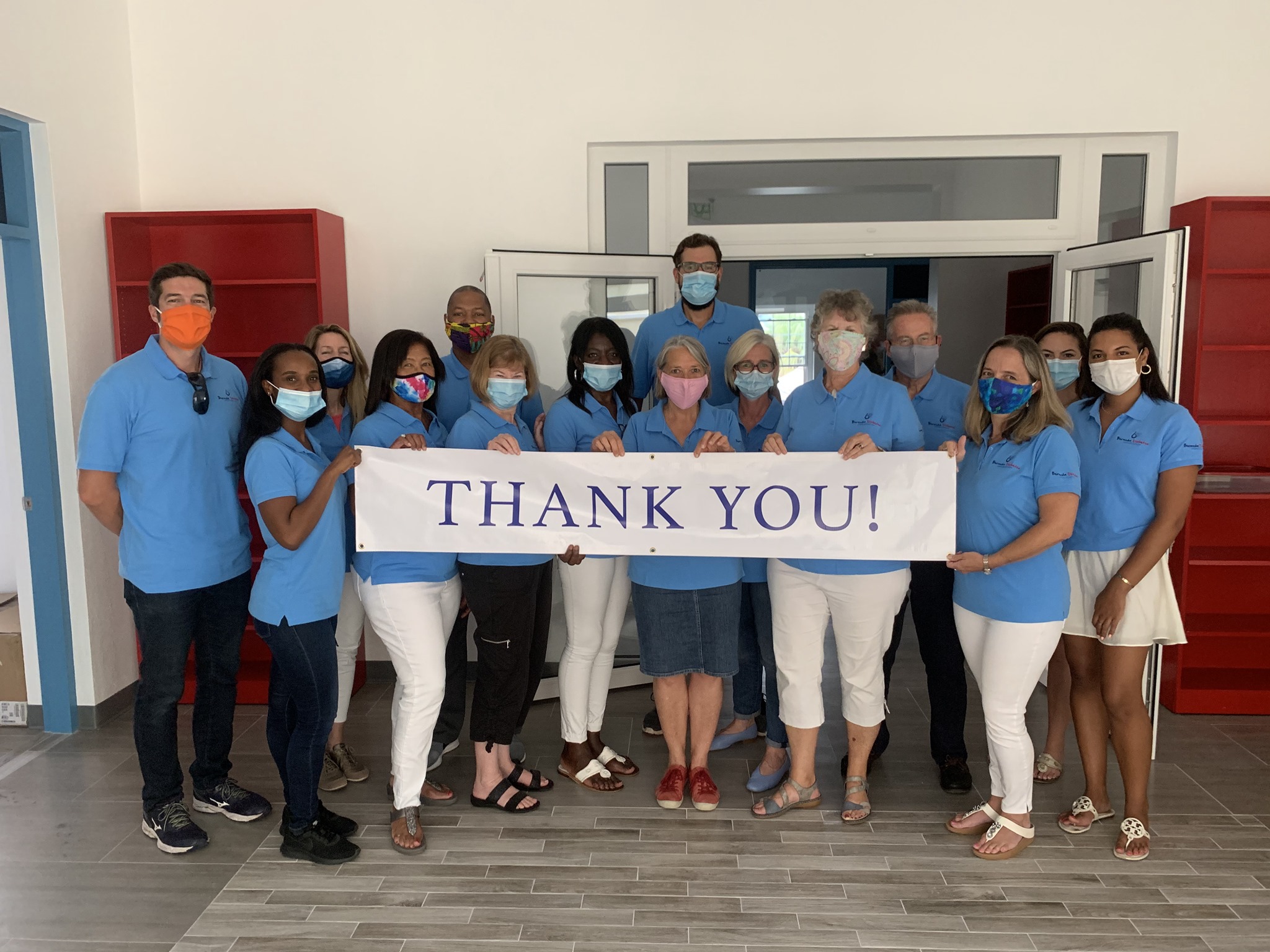